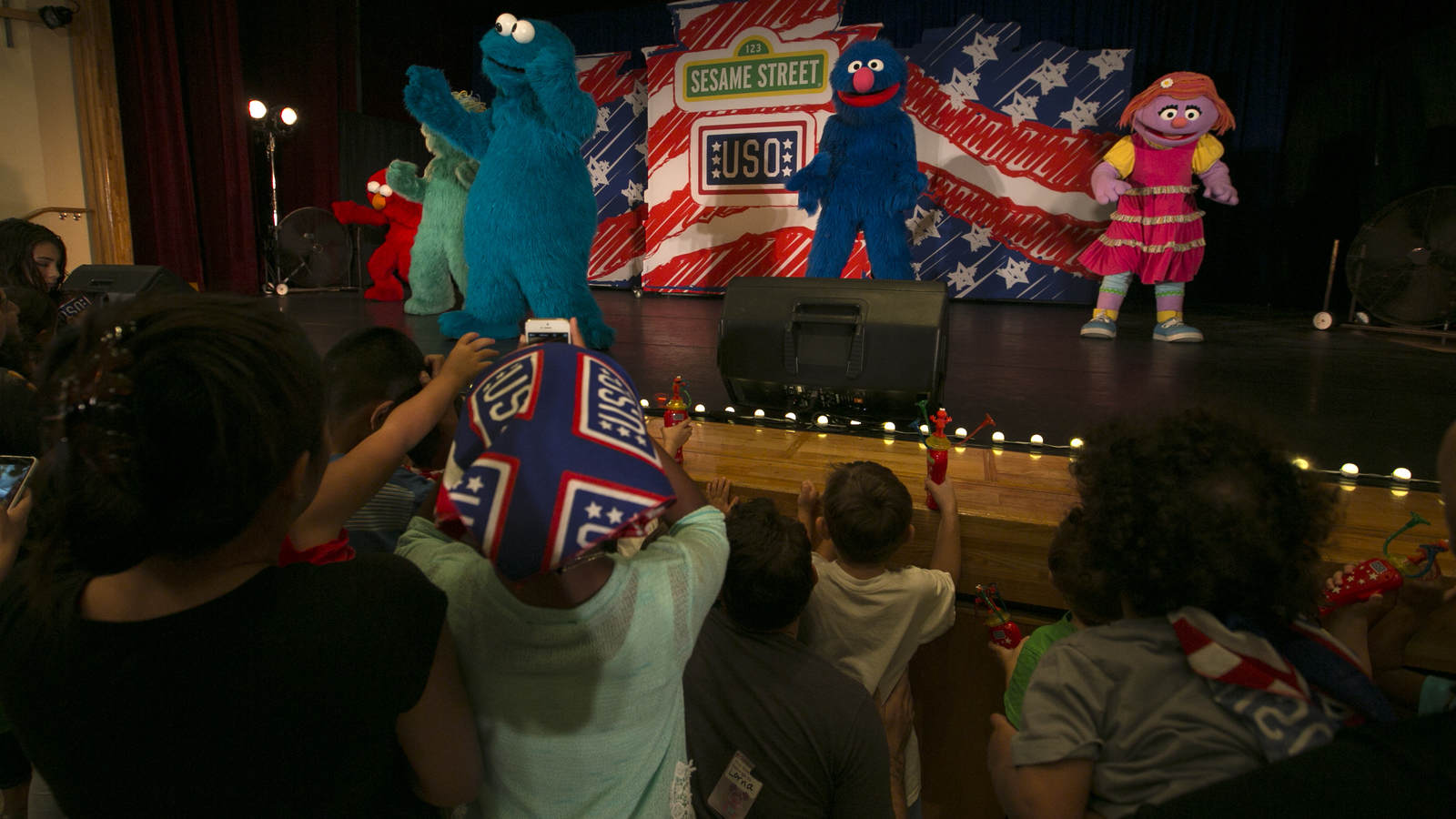 The show, entitled “Katie Moves to a new Base,” was started in 2011. Katie’s character, a military dependent, is exclusive to the USO tour and was designed to help military families dealing with the many changes that come with a military lifestyle.

“The show deals with permanent changes of station,” said Nicole McClendon, the USO tour manager for the Sesame Street and the USO tour experience for military families. “That’s something that all military children go through, sometimes more than nine times before they’re even in high school. We felt that the show could be something that they could speak to the youngest members of military families.”

During the show, Katie learns her family will be moving to another military base. Katie originally struggles dealing with the move, but her friends on Sesame Street cheer her up by using song and dance teaching her tips to coping with the move.

“It’s really important children have someone just like them up on stage to let them know there are others going through the same things they are,” said McClendon. “Katie is just like any other military child. She’s just purple, fuzzy and has orange hair.”

Along with teaching children how to deal with military lifestyles, the show is designed to help parents develop talking points to discuss with their children before moving and deployments.

“It can be a tough thing to talk about, but the show puts those issues into a language both the children and the adults can relate to,” said McClendon. “It’s a great way to get the conversation started.”

The Sesame Street/USO experience for military families also puts on a separate show along with “Katie Moves to a new Base.” The show, “Katie’s Family Transition to Civilian Life,” helps service members and their children learn with way to transition from the military into a civilian lifestyle.