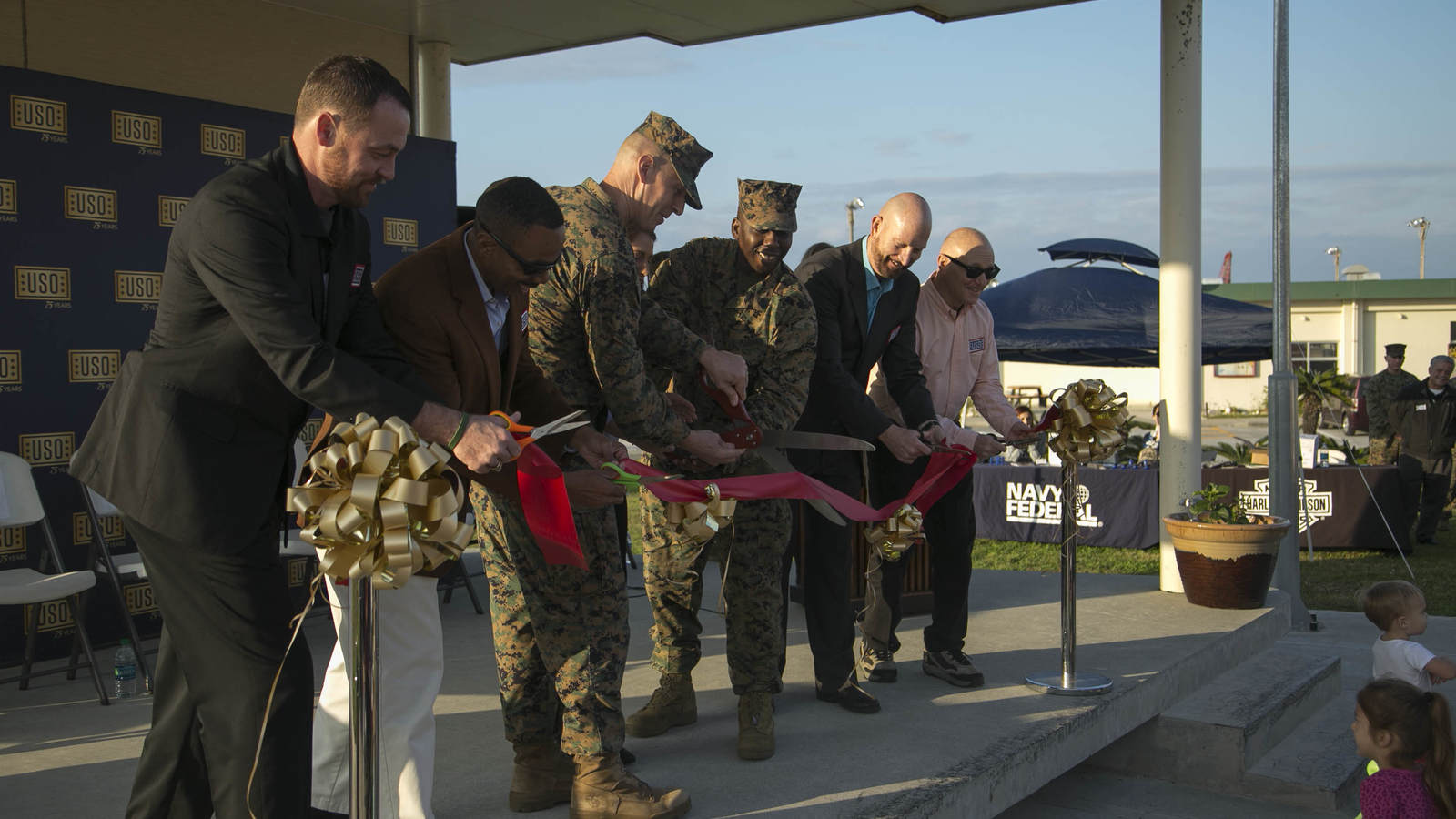 OKINAWA, Japan - Smiles, laughs and the smell of barbecue filled the air while Status of Forces Agreement personnel attended the grand opening of the new United Service Organization’s facility Feb. 4 aboard Camp Kinser.

The new USO facility offers a place for service members to enjoy many features such as video games, television, food and more.

The celebration started with introductory speeches from key members James P. VanEtten, the director of USO Okinawa, and Col. Christopher Feyedelem, camp commander of Camp Kinser and the commanding officer of Headquarters Regiment, 3rd Marine Logistics Group, III Marine Expeditionary Force. The speeches thanked the volunteers and members of the community who contributed to the opening of the USO. Following the opening remarks, a meal prepared by volunteers from the USO was served, offering food such as hotdogs, pulled pork sandwiches and baked beans. The night concluded with entertainment such as Polynesian dancers, a balloon artist and a fire dancer. The USO helps boost morale of service members and their families according to James P. VanEtten.

“The USO strengthens America’s service members by keeping them connected to family, home and country, throughout their service to this nation,” said VanEtten. “It’s a home away from home.”

The new facility will help service members aboard Camp Kinser by the variety of events the USO offers, according to Petty Officer 3rd Class Jessica Dompkowski, a USO volunteer.

“Marines and sailors can come to the USO on Tuesdays for ‘Taste of Home,’ which allows them to eat a nice home-cooked meal,” said Dompkowski, a Hamburg, Pennsylvania, native. “The USO is all about helping service members and families in any way possible.” Despite the variety of programs and events the USO offers, its core mission remains the same, according to James P. VanEtten.

“There are many changes on the horizon,” said VanEtten. “But one thing that will not change is our commitment and dedication to our service members and their families.”