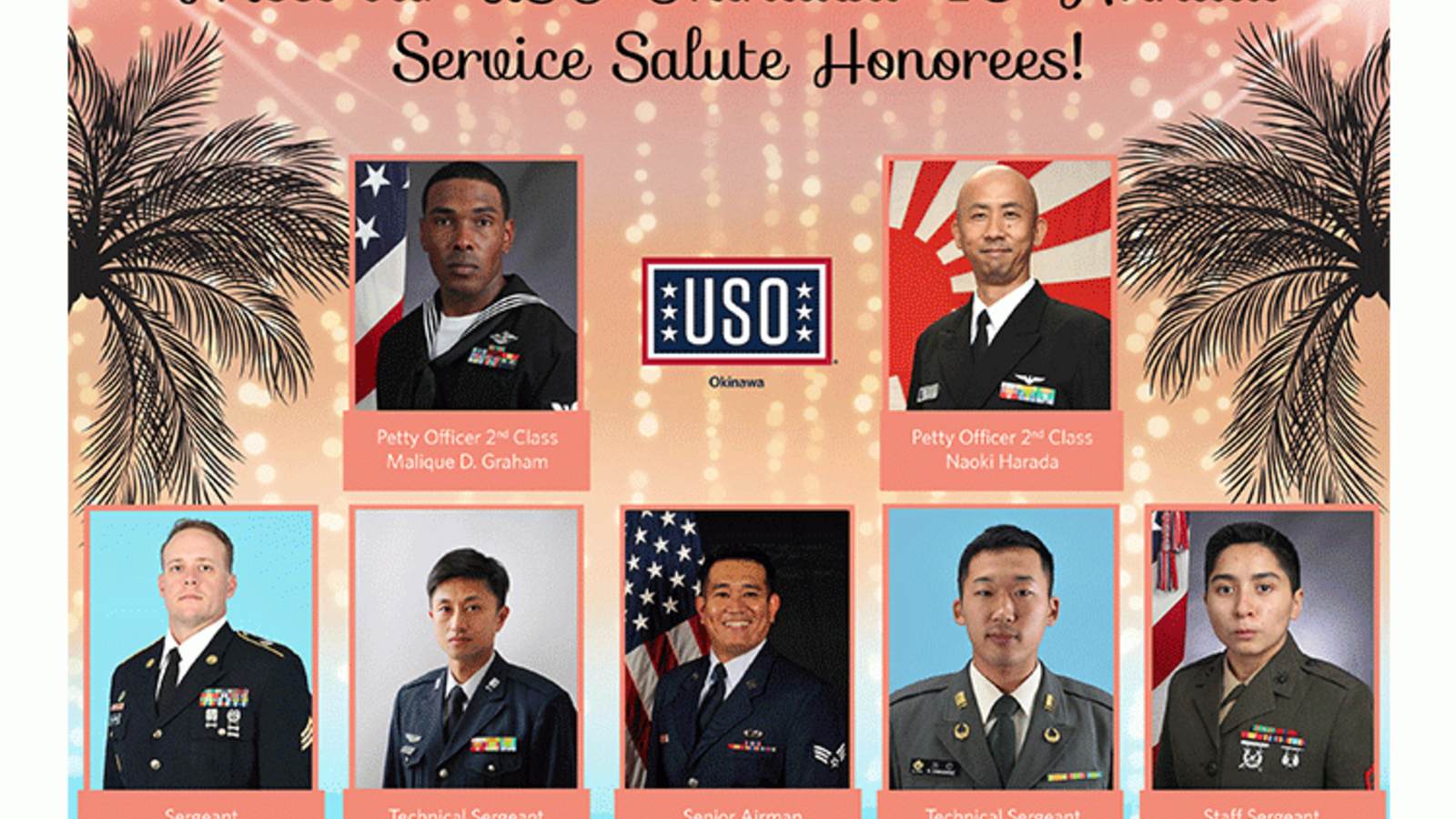 The USO Okinawa hosted the 48th Service Salute at the Kadena Enlisted Rocker Club on Saturday, May 18th. It is the biggest event USO Okinawa hosts each year and this year did not disappoint. Every year the gala honors seven service members from the U.S Armed Forces with all branches represented Marines, Air Force, Army and Navy as well as Japan Self-Defense Force with all branches represented Maritime, Ground and Air.

Also, a special shout out to our very first woman to be a guest speaker at a USO Okinawa Service Salute! We welcomed Capt. Cynthia A. Kuehner, command officer of U.S. Naval Hospital Okinawa. It was a distinct honor to have her speak to our gala crowd as she inspired, encouraged and motivated us all.

Congratulations to all our honorees. Thank you to our Platinum, Diamond, Silver and Bronze sponsors and all the others behind the scenes who make this evening possible. What a cherished memory for all! Thank you from all us here at USO Okinawa.