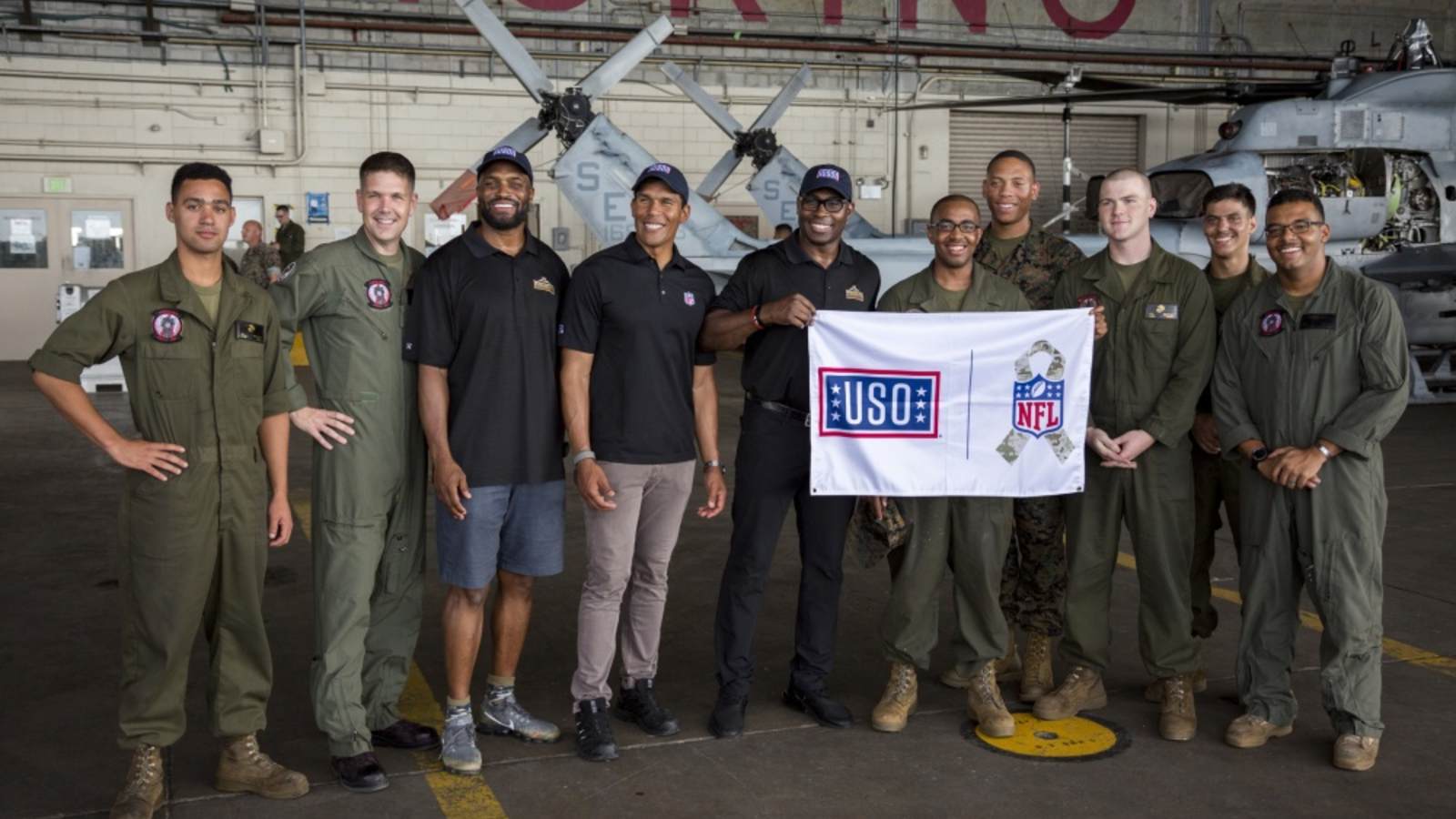 The meet and greet allowed Marines the opportunity to meet players from some of their favorite NFL teams. Donnie Edwards, Tony Richardson and Amani Toomer met with Marines and learned what a day in the life of Marines on MCAS Futenma is like.

“It was a pretty cool experience to meet and talk to retired NFL players on how it was for them in both the league and in life afterwards,” said Lance Cpl. Marshall Clotfelter, a rescue technician with Marine Wing Support Squadron 172, Marine Aircraft Group 36. “They visited our facility and learned what we do on a daily basis and we showed them some of the tools we use in our job.”

Marines brought footballs for the players to sign, and were also able to pose for a selfie with them.

“Growing up in a military family, I’ve always had a huge appreciation for our service men and women,” said Tony Richardson, a retired fullback for the Kansas City Chiefs and New York Jets. “To be able to come here on this soil and understand that we (us Americans) are protecting it and understanding how much the Marines kind of keep the whole thing together, that part was pretty cool to me.”

During their meet and greet Marines gave the players a tour of several hangers and inside an MV-22B Osprey.

“It was pretty cool to be inside of and Osprey and hear everything about it,” said Richardson. “When we started talking to the pilots who fly them, to see the way they lit up about it, the way they were like, I love my job because of this Osprey right here.”

Aircraft Rescue and Firefighting Marines demonstrated a fire safety technique, cooling off the players with a mist from the hose while they knocked down three cones.

“A lot of times people just get up and go to work every day and they don’t realize there are a lot of people miles away from their family and loved ones who are serving and protecting us and protecting our freedom,” said Richardson. “I think that’s something everyone should know.”