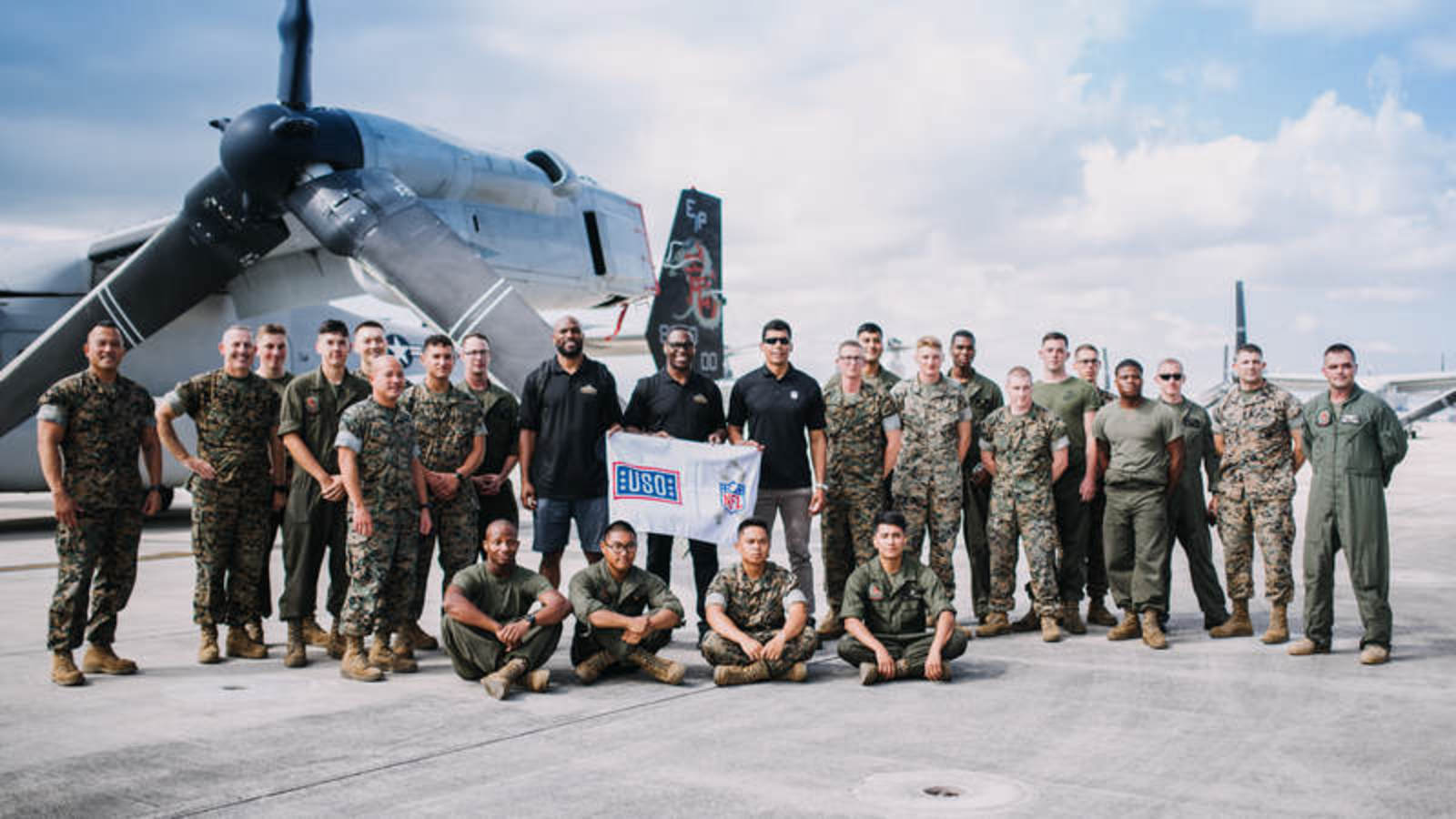 NFL legends Donnie Edwards, Tony Richardson and Amani Toomer traveled to Okinawa, Japan, this week to connect with American service members and their families and show their gratitude for our men and women in uniform.

As part of Salute to Service, the NFL’s year-round effort to honor, empower and connect service members, veterans and their families, the three former players visited service members and families at several bases on Okinawa, met with installation commanders and participated in unit visits. Edwards, on his sixth USO tour, and Richardson – both former stars with the Kansas City Chiefs – caught up with some of their biggest fans. Amani Toomer, a longtime New York Giants wide receiver and Super Bowl XLII champion, connected with his fans, too.

“It is really refreshing to see the service members and see how much they love their jobs,” Toomer said. “They take so much pride in what they do. It reminds me a lot of what it is like to be in the NFL.”

“The NFL remains committed to honoring and giving back to the men and women in uniform who sacrifice so much to protect our country,” Anna Isaacson, the NFL’s Senior Vice President of Social Responsibility, said in a release. “We are excited to partner with the USO on another goodwill tour and continue strengthening our connections to our nation’s service members.”

The group also took part in a military working dog demonstration, visited an air defense artillery unit and got a close-up view of aircraft and the maintainers who keep them in the air.

“For more than 50 years, the USO and NFL have partnered to bring a piece of home to service members, no matter where they are in the world,” said Kristina Griffin, the USO’s Corporate Alliances Senior Director. “This trip with NFL legends is a continuation of this long-standing partnership and our joint efforts to keep service members connected to family, home, and country.”

In addition to overseas morale-building visits, the NFL has supported several different USO programs and initiatives through Salute to Service, including flag football programming and the expansion and renovation of USO centers around the world.