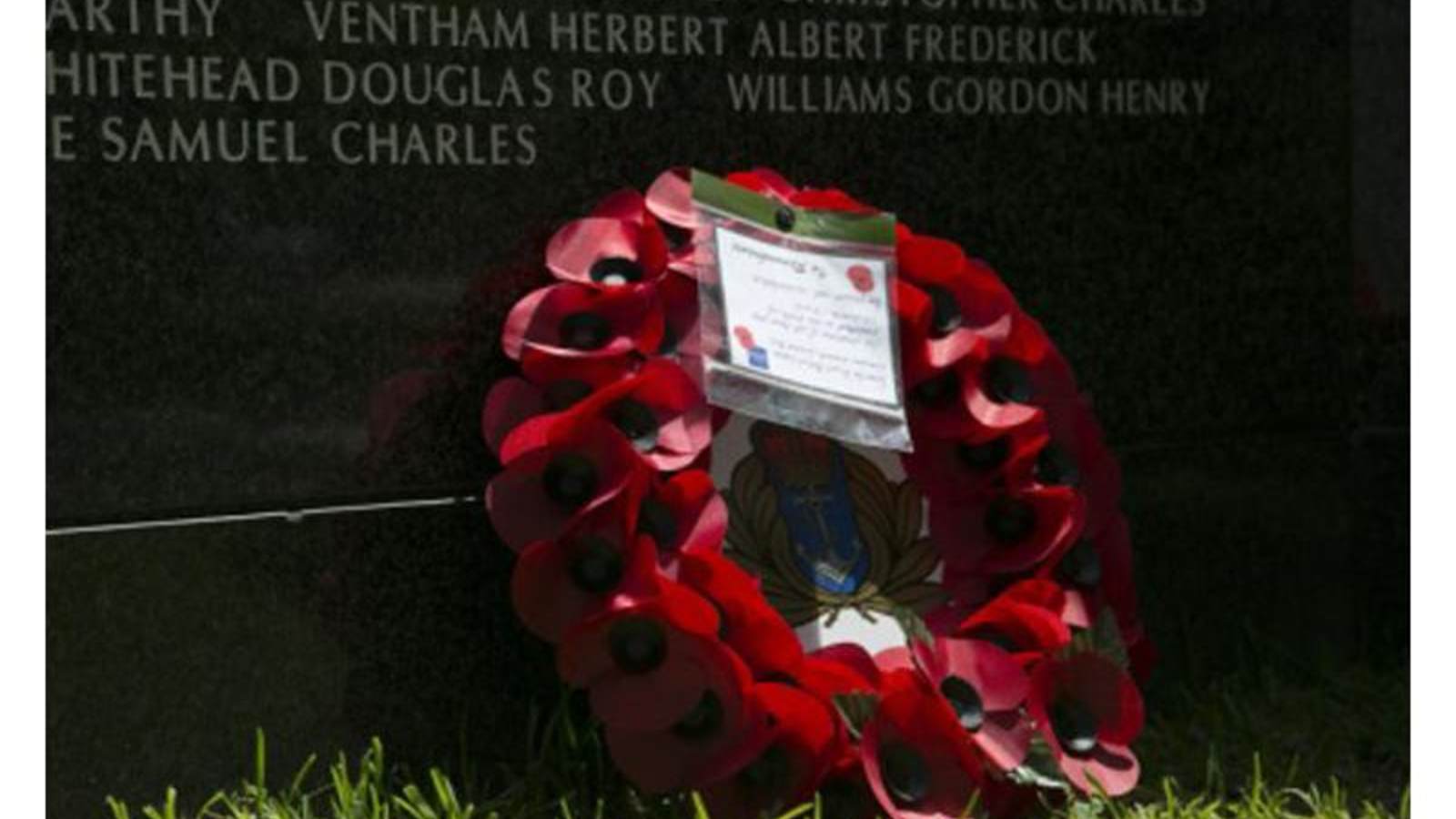 2015 marks 70 years of peace between the U.S. and Japan as well as the end of the Battle of Okinawa. The park is a memorial dedicated to battle and its aftermath. The USO organized the tour to allow people to learn about the island’s history, according to Miller.

“Our volunteers work thousands of hours for all the USO centers on Okinawa,” said Robin Miller, area director of USO Okinawa. “This is our opportunity to give back to them and provide a really awesome meal and a new experience.”

Cpl. Kyle Reid, the innovation noncommissioned officer in charge with Headquarters and Support Battalion, Marine Corps Installations Pacific-Marine Corps Base Camp Butler, Japan, has volunteered with the USO for roughly two years. Reid led the participants along the Memorial Path, which was lined with granite stones inscribed with the names of war dead.

Volunteers gathered around the stones for a moment of silence and laid flowers at their base in respect.

They also visited the Okinawa Prefectural Peace Memorial Museum and walked down to the base of Mabuni cliff. Japanese troops and Okinawa natives once fell from these cliffs to avoid becoming captured by Allied Forces.

The guided trip was a good way to see the park for the first time according, to Seaman Ashley Bumpus, a volunteer at the USO and a radiology technician with U.S. Naval Hospital Okinawa. She said it gave her a deeper insight into the significance and meaning of different areas on the island.

Miller says the USO wants to show that it does more than provide “wireless Internet and free drinks.” She says it also strives to honor sacrifices and remember the fallen.