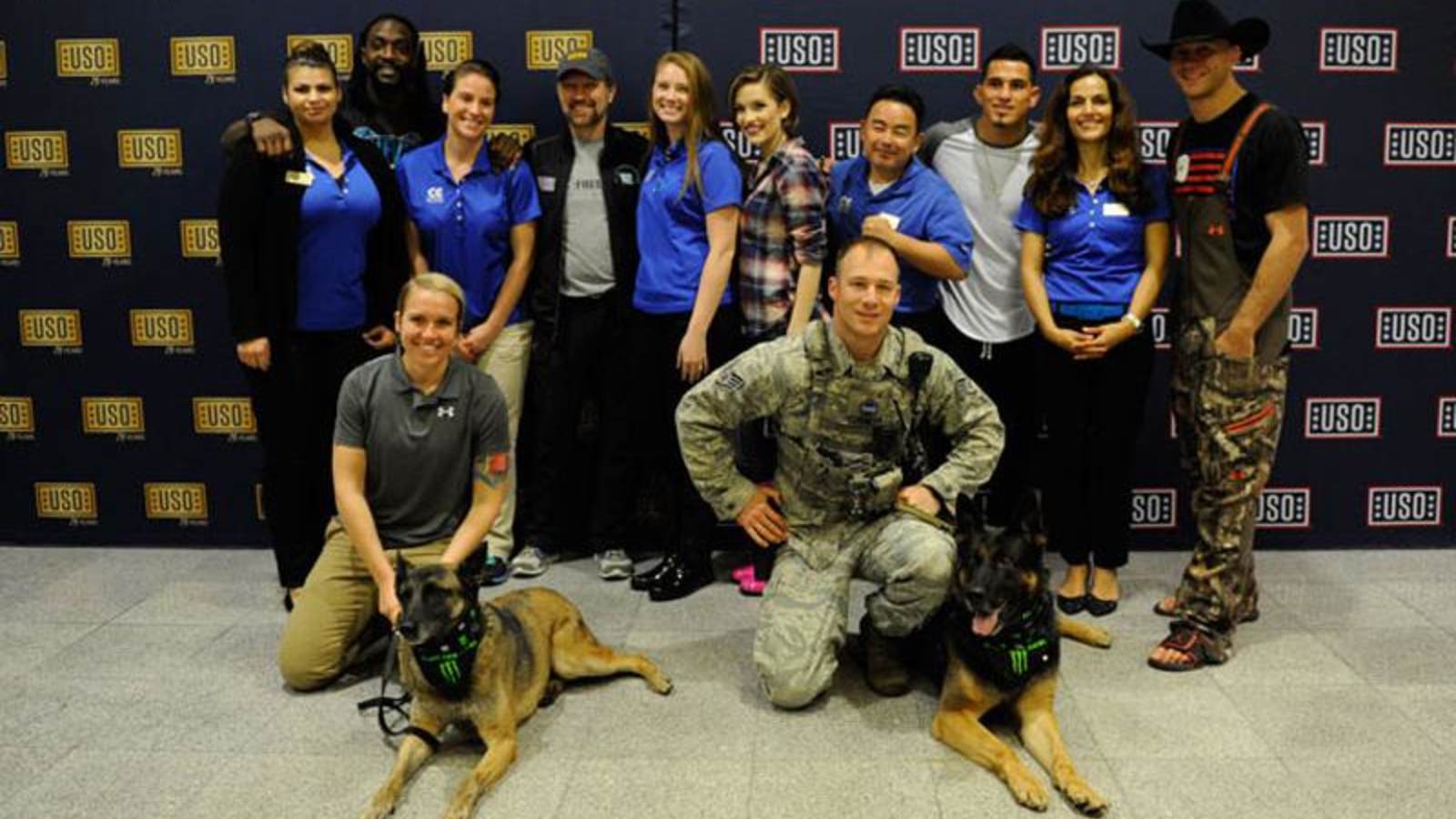 “Ever since Tillman walked up to me and my son to take a selfie with us after a football game, I’ve felt like he was a good person,” said Master Sgt. Terrell Owens, 353rd Special Operations Maintenance Squadron aircraft structural maintenance craftsman. “Meeting him again on this USO tour only certified his generous character to me,”

U.S. Air Force Gen. Paul Selva, Vice Chairman of the Joint Chiefs of Staff, led the tour and made acquaintances with some Airmen.

“It is an absolute honor to lead this tour around the world and join my special celebrity guests in celebrating the USO’s 75-year history of standing by our side and taking care of us and our families,” said Selva.

President Franklin D. Roosevelt sought to unite various service organizations under one roof prior to America’s involvement in World War II in 1941. That organization became the USO, a congressionally chartered volunteer program which provides support such as entertainment and travel support for U.S. military installations around the globe.