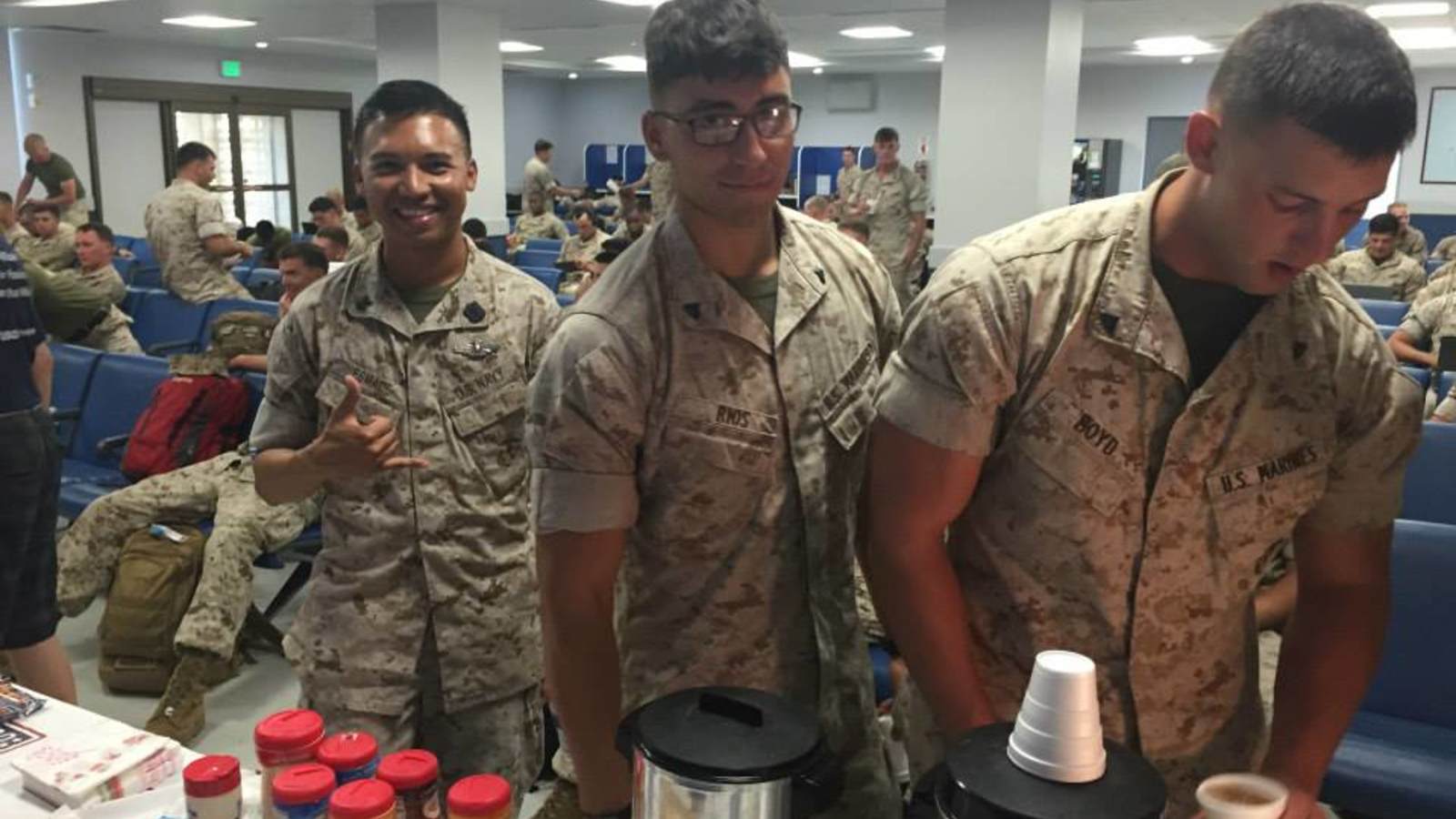 OKINAWA, Japan - Okinawa is the primary deployment destination for the 3d Marine Regiment of the United States, according to the official website of the United States Marine Corps, Marines.mil. Every six months, as one battalion returns home, another moves in. The Unit Deployment Program (UDP) sends Marines and sailors from stateside bases for six-month training cycles at various locations on island and in other nearby countries. During these cycles, USO Okinawa works hard to provide the support and morale boosts that keep our troops strong until they return home.

For Marines and sailors deploying to Okinawa for the first time, there can be some uncertainty about what to expect. Lance Cpl. Matthew White, an intel specialist with 2nd Battalion 3d Marines, knows only what he was told in a briefing about different customs and traditions of Okinawa, but has an open mind toward experiencing the island for himself and is looking forward to training.

Marines who have deployed to Okinawa before have a better idea of what the deployment will be like.

“We’re going to conduct a lot of training…but we’re trying to make sure [the Marines] get to experience the Okinawan culture, like scuba diving, cave trips and the aquarium,” said 1st Lt. Jeffrey Moses, a logistics officer with 2nd Battalion 3d Marines.

While deploying overseas is exciting, there are also hardships the Marines have to face being so far from home. For example, one of the most commonly expressed aspects of homesickness among the Marines is missing family and food.

“I think anybody misses a good home-cooked meal or their bed because it’s their bed, but it’s fun to get out and see the world,” said Lance Cpl. Randolph Dennis an infantryman with 3d Battalion 3d Marines weapons company.

USO Okinawa makes an effort to help alleviate some of the difficulties of being away from home with resources and activities offered at multiple facilities on island. And the effort does not go unnoticed. Marines frequently comment on how the Wi-Fi offered at the USO helps them connect with their families, how the televisions at each facility help them keep track of their favorite sports teams, and how the food events are something they look forward to.

“You guys did a Thanksgiving dinner [at Camp Schwab], and there was a lot of good food, maybe too much of it,” laughed Cpl. Joseph Farrar an infantryman with 3d Battalion 3d Marines.

USO Okinawa Camp Schwab Center Manager William Stanley provides support for these Marines in a number of ways during their time on Okinawa, including welcoming them as they arrive at the air terminal and giving them a warm send-off as they depart roughly six months later.

Since the UDP Marines have been typically stationed on Camp Schwab, Stanley takes it upon himself as the center manager to welcome the Marines and develop a connection between them and the USO.

“We’re just trying to create that point between coming in and going home, and we’re here to support in any way,” said Stanley.

To help pass the time at the air terminal, which Stanley says could be many hours for incoming and outgoing Marines, the USO typically supports more than 2,000 Marines with snacks and Dasani water, gaming systems, Wi-Fi, television, and moral support.

“The Marines work together as a team,” said Moses. “We’re away from our family, but we’re with our family.”

USO Okinawa will continue its mission of supporting the troops and their families every day.

“Long past my time,” Stanley said, “I hope the program is still in existence to support these Marines and these sailors.”