USO Okinawa kicks off first of three fun runs for 2015 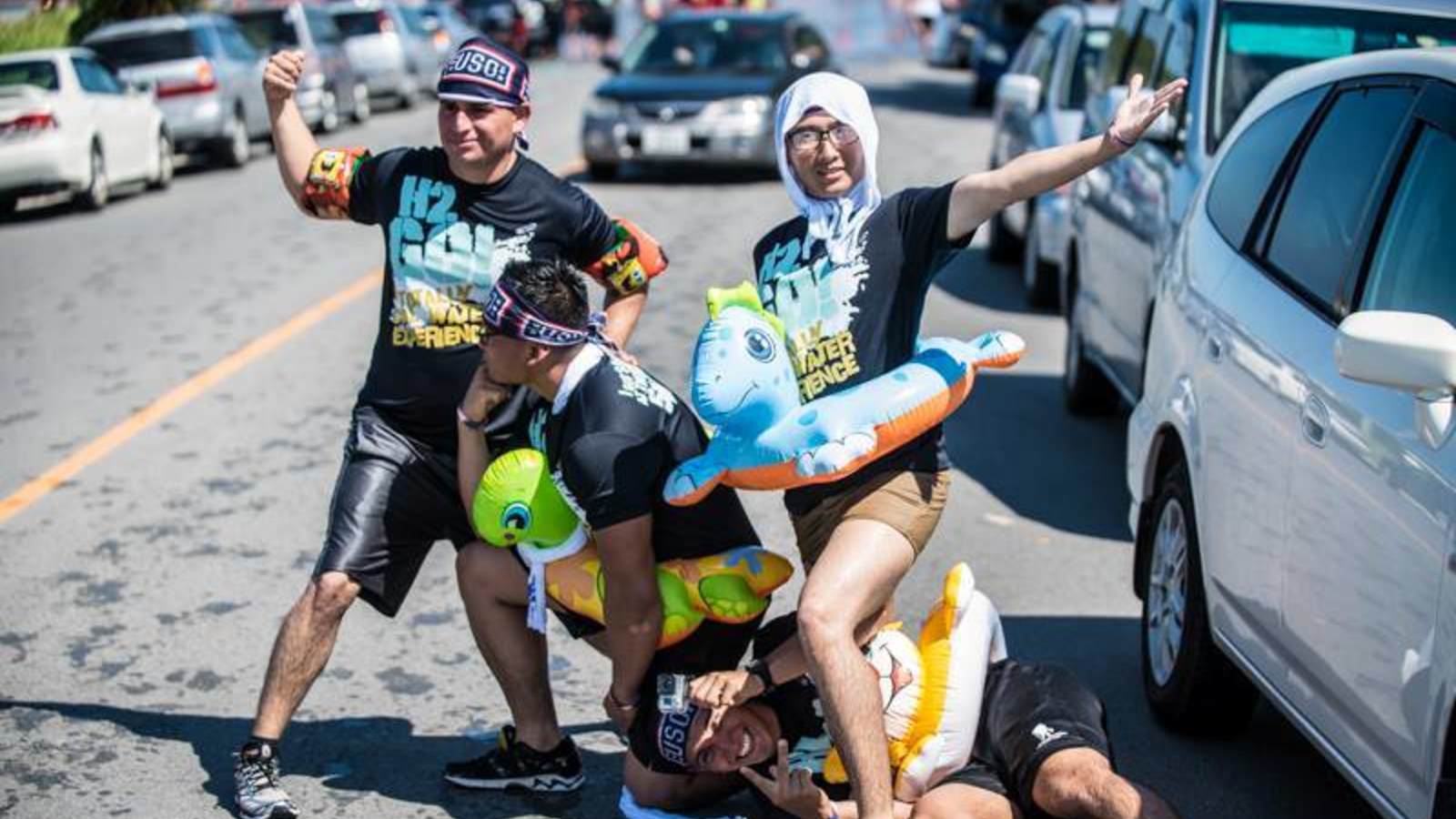 KADENA AIR BASE, Japan – More than 600 people came out when USO Kadena hosted the 2015 H2gO Water 5K fun run on August 1st, kicking off the 5K season for USO Okinawa.

USO Okinawa hosts three 5K fun runs annually; H2gO on Kadena Air Base in August, the Glo Run on Camp Hansen in September, and the Color Blast on Camp Lester in November.
Each run is unique and helps USO Okinawa raise money to continue their free programming and events for troops and families. This year’s H2gO had a new water element for participants to enjoy.

“This year we had to change up the course because there was construction on our original course,” said Michelle Winning-Cade, outgoing center manager USO Kadena. “We ended up having to do a detour and we thought why not use the [Hagerstrom] pool. Everybody at the aquatics department wanted to support, they were excited and it was really, really awesome.”

The H2gO 5K also received support from another community partner. The Kadena Fire Department brought their 75 foot ladder truck, which has a waterway and nozzle that shoots out water, and drenched participants as they neared the end.

“Oh they loved it. They see all of the water and just want to go through it,” said Technical Sergeant Caleb Dacay, fire inspector with the 18th Civil Engineering Squadron, Kadena Air Base

“Supporting the H2gO 5K also gives us the opportunity to train our people needing their aerial career development course,” said Dacay. In addition to the community support received, the H2gO 5K had hundreds of volunteers ready to lend a hand.

“We had over 200 volunteers and 10 staff members help out, and without them this awesome event wouldn’t have happened,” said Winning-Cade.

“I would recommend [H2gO] because it’s good health,” said volunteer Ann Dacosta, Gunnery Sgt., Marine Aviation Logistics Squadron 36, Marine Corps Air Station, Futenma. “Literally, running is good for your health and keeps you in shape and as a military member, we need that. Every little bit helps.”