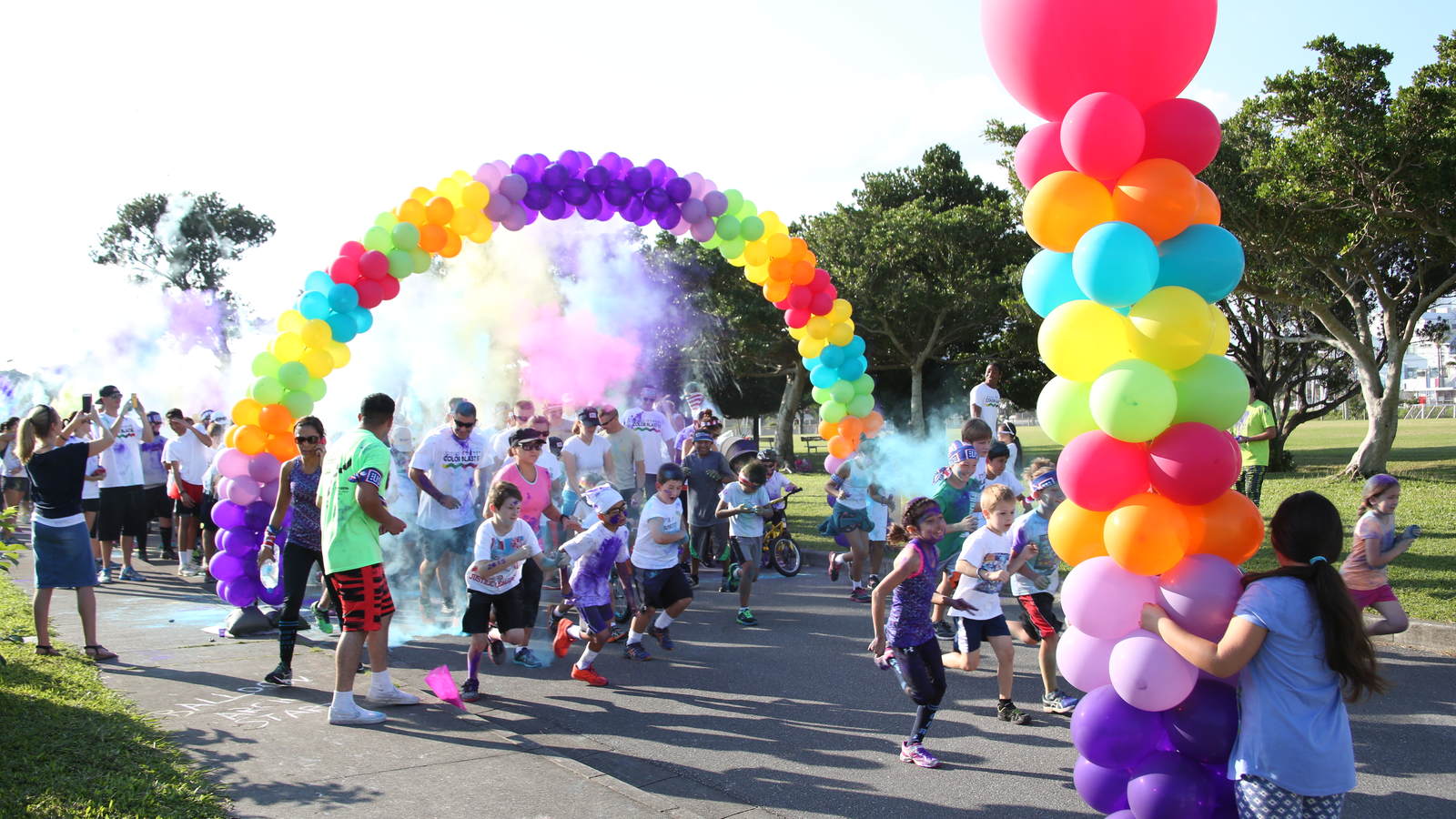 Each year, USO Okinawa hosts three 5K fun runs; H2gO on Kadena Air Base in August, the Glo Run on Camp Hansen in September, and the Color Blast on Camp Lester in November.

The runs, designed to bring the community together for fun, fitness, and philanthropy, have their own flare and theme. This year, “Get Color Blasted with USO Okinawa,” was the mantra of the day. More than 100 USO volunteers lined the streets of Camp Lester waiting for their opportunity to blast participants with cups full of colored powder.

“We just started chucking powder at people, it was a good time,” said USO volunteer, Corporal Christopher Ryan, flightline firefighter with Marine Corps Air Station, Futenma. Some volunteers however, ended up on the receiving end of the fun.

“We came in early this morning to get everything set up for all of these good runners and then blasted them with color as they came by. I got blasted with color myself,” said Lance Corporal Keith Robbins, who also works as a flight line firefighter with Marine Corps Air Station, Futenma.

First-time color blast participant Kimberly Caldwell, a family medicine physician at Kadena Air Base, isn’t a stranger to USO 5K’s. “All of the events we’ve been to [with the USO] are awesome and we love the H2go 5K, so that just made us want to come back to this one. We loved the beautiful day, the beautiful colors and it was a really good time,” said Caldwell.

Tim Ooms, program assistant with Camp Foster’s Youth and Teen Center, has attended the USO Okinawa Color Blast 5K since its inception in 2013. When asked to name his favorite thing about the event he stated “The nice competitive atmosphere. Everyone is running and cheering and it’s not really about the time, it’s about the fun.”