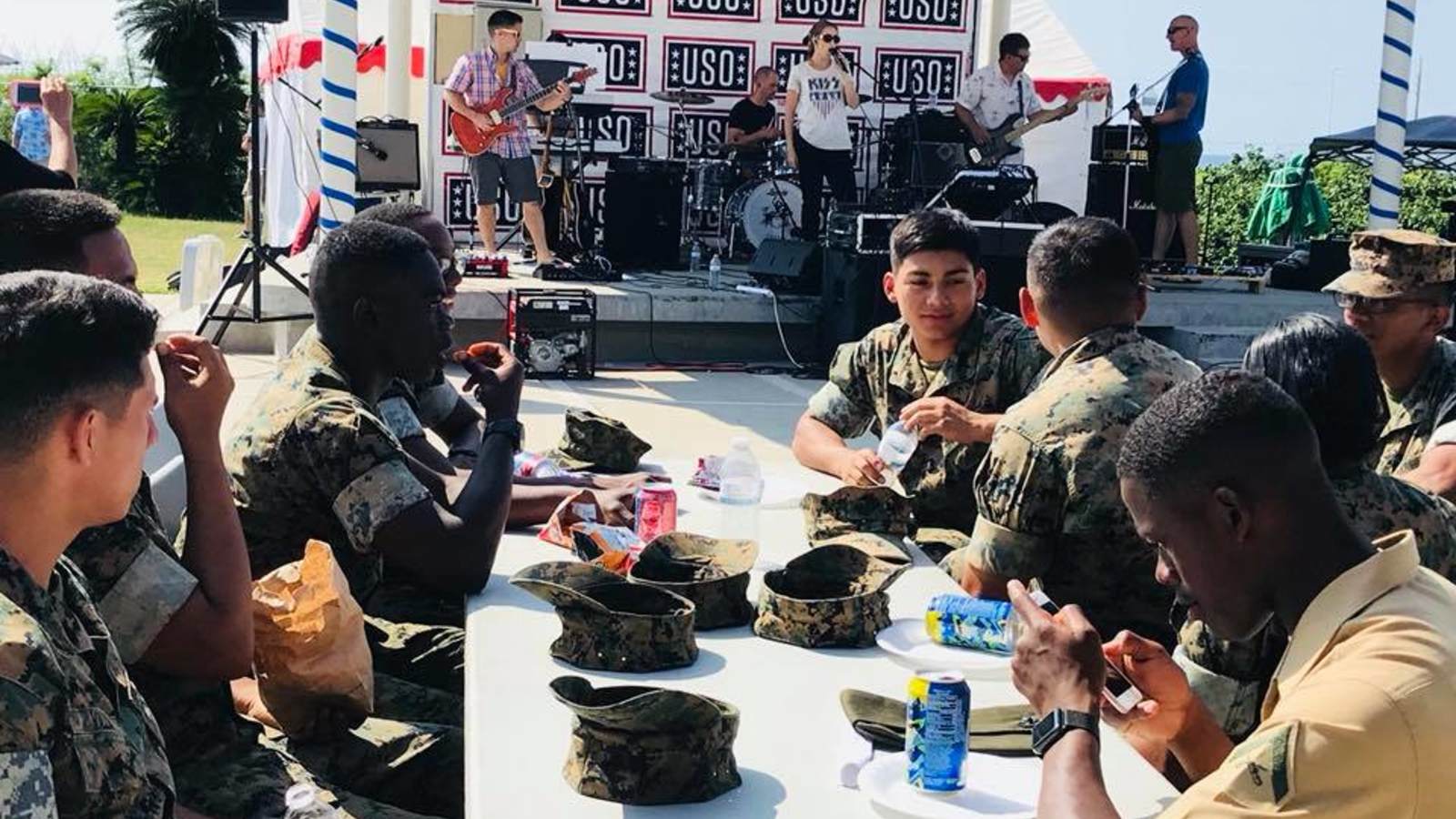 The Kinser Block Party was set up to bring service members and their families together in honor of Memorial Day and to kick off the holiday weekend in a fun and safe manner.

U.S. Marine Corps Staff Sgt. Phileppe J. Zagone, facilities chief of Camp Operations on Camp Kinser, said the reason for having the block party was to bring the base together and boost morale of the Marines, Sailors and their families.

Zagone worked alongside Emily Manco, the center operations manager for the Camp Kinser USO, to help coordinate this big event.

“We are giving our service members and their families the opportunity to connect within the community,” said Manco. “What you see today is fun, food, and prizes.”

The block party was sponsored by the Qualified Recycling Program. They provided food, games, bouncy houses and even a live performance from an Okinawa-based band, “Page 11.”

Zagone said the QRP funds were instrumental in setting up the event and they appreciate all of the help the organization provided.

The Kinser Block Party was the third held on Camp Kinser, but this was the first time it was hosted at the Kinser USO.

“The USO is an amazing place and some people don’t even use it,” said Zagone. “Having the block party here promotes the USO and what it has to offer. It is really underutilized in a big way, and the block party will help advertise the Camp Kinser USO.”

According to Zagone the block party is expected to be an annual event for years to come.

“We want to have the block party get bigger and bigger as the years go on,” an enthusiastic Zagone said.

Manco said that she hopes service members and their families enjoyed the time spent with one another at the event.

“I do believe that life is about relationships,” said Manco. “To be able to connect with the people in my community and to have the honor and the privilege to give back as a military spouse, and as an employee of the USO, has been one of the greatest privileges in my life.”